“Then God said (to Moses): 'Come no closer! Remove the sandals from your feet, for the place on which you are standing is holy ground.'"  Exodus 3:5 (NRSV)

“Earth's crammed with heaven,
And every common bush afire with God,
But only he who sees takes off his shoes;
The rest sit round and pluck blackberries.”
― Elizabeth Barrett Browning

Ever since Moses encountered God in the “burning bush,” religious groups and spiritual pilgrims have been on quests to visit these sacred sites, hoping to have their own mystical experience with the Holy One.  Some do.  Others just come home with a tee-shirt.

A “sacred” place is defined as being “connected to God (or the gods) or dedicated to a religious purpose and so deserving veneration.”

There are many such places around the world.  Some that come to my mind are:

Jerusalem may be one of the most sacred places in the whole world.  The city is home to three major religions:  Judaism, Islam and Christianity. 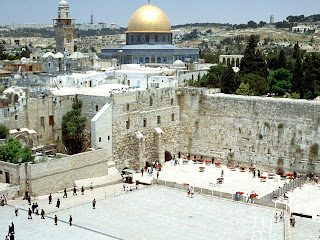 Mecca and Medina are two of the most sacred places for all Muslims. 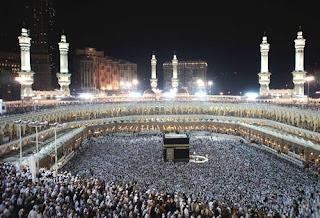 The city of Varanasi, located on the banks of the Ganges River.  Both the temple-filled city and the river are considered sacred to the Hindus. 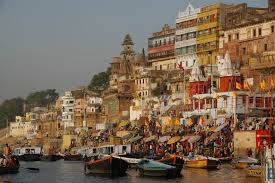 Machu Pikchu or Machu Picchu, built by the Incas, located in Peru, is another place many people would call a sacred. 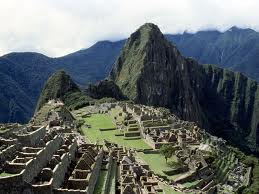 The Vatican, home to the Pope and center of Catholicism, might make some people’s list of sacred places to visit.

The poet, Mary Oliver would say an ocean beach, a stone in a river, a grassy meadow, a leaf on a tree in a forest, all are sacred places.   Many would agree with her.

What can I say that I have not said before?
So I’ll say it again.
The leaf has a song in it.
Stone is the face of patience.
Inside the river there is an unfinishable story
and you are somewhere in it
and it will never end until all ends
Mary Oliver; What Can I Say; Swan

One place that I am most certain that has never ever made any list of holy places is Study Hall.   I must confess, as a Presbyterian minister working in this new role as Study Hall Supervisor there were many days I thought I had descended into Hell!  All forms of academic endeavors seem to have been absent from the minds of the students assembled.  There was a lot of Euchre and video games being played, food being consumed, highly caffeinated beverages being drank, Youtube videos being watched, music blaring from earphones, things being thrown, and swear words shouted, but no where was homework being done!

The most energy expended by the students was when the bell would ring!  This moment always brought a rush of students, pushing off from their tables, chairs falling over, food and half-completed homework assignments left indifferently behind, as they hurried, pushing and shoving out the door and down the hall to get to their next class on time.  A few stragglers, seeking to avoid the awaiting test, would beg me for a pass excusing them from their date with destiny.

Biblically speaking, I might suggest renaming Study Hall, “Sheol.”  Sheol being the Hebrew word to describe the ancient underworld; a place where God did not dwell.  Study Hall is a place where angels and teachers fear to tread, so who would blame God for avoiding it?  Not me!   Yet, here I was, a pastor, who was use to offering compassionate counsel, grace, mercy and forgiveness to my church members, being transformed into the Pharisee-like-Study Hall Teacher, laying down the “righteous law” as commanded by the administration handbook, writing referrals, condemning students to after school Detention!  I felt like Inspector Javert  (Cue the music for “Stars” from Les Miserables!)

Sister Joan Chittister writes:  “To be enlightened is to see behind all the forms life takes to the God who holds them in being. Enlightenment sees...beyond our parochialisms to the presence of God everywhere, in everyone, in the universe.” Source: New Designs

I love Sister Joan, but I have to say, there were many days it was hard to see God “everywhere, in everyone, in the universe,” especially in Study Hall!   Yet, beneath the surface of their teenage acne and angst, behind the goofiness and sometimes daily, emotional, teen drama, something sacred was bubbling up and trying to bloom within them.  For me, this was God trying to shine in and through them, even as God had done once before in a bush.  What most of the students wanted (besides someone else to do their homework) was to be appreciated, accepted, and loved for who they were and who they were becoming as human beings, even though they were not aware of it themselves.  Study Hall is to be a place of learning, and perhaps, this was the real taking place?

I use to joke that study hall was life and life was a study hall.  I believe there is truth in that statement.  Aren’t we all on a journey, a spiritual quest, seeking to discover who we are and who we are in the midst of the people around us; hoping each day to discover something new within us, by paying attention to the larger world around us?  If we do so, we might discover more fully the Sacred One in whom we all live, and move, and have our being?

Forrest Gump’s mamma once said:  “Life is like a box of chocolates.  You never no what you’re gonna get.”  Study Hall is like that.  You never know in a days time what you are gonna get when the students arrive.  What I understand now, after surviving 2 1/2 years as the Study Hall teacher, is that Study Hall and the students who inhabit it, are as much a sacred place as the ground on which Moses once stood.

So I urge you to be like Moses and take off your shoes when you step into a study hall, or any other part of a school, because you are standing on holy ground and God is present.

On second thought, you need to put your shoes back on.  It is against school policy to go barefoot in school!
Posted by Unknown at 7:42 AM

M-Dubs: Adventures into the Sacred Space of Study Hall and Beyond